Always striving to learn something new, be a better person and increase my own skills, I am a self-tought senior software engineer. I seek a carreer in team and product management in the web and network companies. 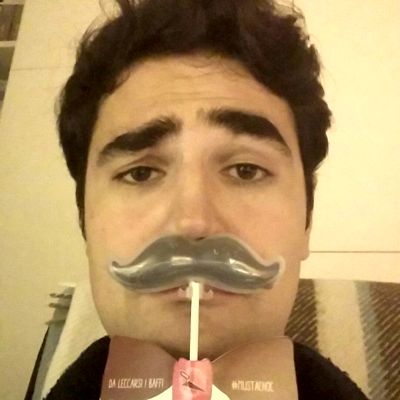 My skills range from team management to software engineering and development.

This is not a complete list, but the abilities I daily use.

Agile methodologies (and mixes of them)

This company was a startup under the same group of the previous job (now under Bango plc), so they asked me to join the team, thanks to the work I’d done for the Adv platform. As senior software engineer I had the opportunity to help with the standardization of the code, the development environment (using Docker), to create a data lake, maintain some software integrations and organising some developer days.

Moving to the next job, it was proposed to me to finish and maintain a multi-tenant, three years in the work Adv campaigns reporting software written in PHP. It was really a challenge as no tests were written, no manual tests had been done before, and thus the development was painfully slow. The project was considered frozen at the end of the year.

After a medium-sized software house experience, I entered the startups world. As second developer of the young platform, I had to face for the first time the problems related to big data, complex logics and mass communications. Under the leadership of the main developer, I learnt the unit and functional testing and had the possibility to study and integrate the virtualization technologies, in particular Docker (for both development and production environments).

Moving from a small web company to a medium-sized software house was a big move. I quickly learnt C# and entered a team of four people building a custom CRM for a client, learning the MVC paradigm. After that I was given the responsibility to manage the development of a couple of small domotic and projects with 2-3 people in the team.

My very first job. As a small web agency, my main responsibility was to understand the customers’ needs and create the websites. It was there when I first learnt about the software frameworks (IonizeCMS first, based on CodeIgniter)

Giacomo Furlan is a software engineer focused on complex backend architectures written in PHP and Golang.

His aim is to succesfully manage a team of collegues in order to achieve the company's goals in synergy, maximising the efforts.